Sigrid Nunez Follows ‘The Friend’ With a Sorrowful, Funny Novel About Death
The New York Times – Books of the Times By Dwight Garner, Aug. 31, 2020

A new novel, “What Are You Going Through,” appears to be fascinating, funny,
highly readable and relevant…by National Book Award-winning author Sigrid
Nunez.

“…a short novel, set roughly in the present…The primal question it asks
is this: If a terminally ill friend asked you to be with them, in another
room, while they took the pills that would end their life, would you say yes
or no? Either answer has its moral hazards.

“The terminally ill friend in this novel resembles Susan Sontag, whom Nunez
knew and wrote about in a memoir titled ‘Sempre Susan.'”

Assisted suicide bill to be reintroduced for consideration by Irish
government Irishcentral.com By Kerry O’Shea, Sept. 1, 2020

Ireland continues to surprise, making enormous strides on social issues
during the last few years. The Dying with Dignity Bill, first introduced in
the Irish Dail in 2015, will be reintroduced this month.

Call for parliament to review assisted dying law in England and Wales The
Guardian By Harriet Sherwood, August 25, 2020

Parliament may soon consider a “very, very tight reform.” The Guardian
reports: “An opinion poll last year showed that more than 90% of the UK
population believed assisted dying should be legalised for those with
terminal illnesses, and 88% considered it acceptable for people with
dementia to receive help to end their lives, provided they consented before
losing their mental capacity.”

Her daughter celebrates the life of Dr. Warren, described as an “ecological
feminist philosopher” who lived with a terminal neurological disease since

Dr. Kevorkian Helped My Dad Die. It Made Me Reflect On My Own End Of Life
Options.
Huffpost.com
By Graham Summerlee, August 28, 2020

The writer pens a heartfelt remembrance of his father on the latter’s
birthday. 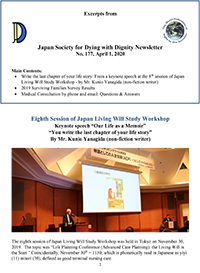 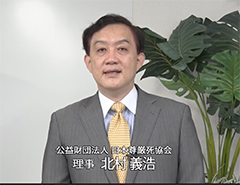