It needs to be said that while Spanish law may be like the Canadian
law on Medical Aid in Dying, in that it allows both
self-administration and doctor administration, it is unlike the
Canadian law in significant ways.

First, the Canadian MAID law is not limited to the terminally ill,
which generally applies only to those who have an expected time until
death of anywhere from six months to a year. The Canadian law does
require that death be reasonably anticipated by the condition endured
by the patient (and that the patient’s physical or physiological
condition be considered by the patient as unendurable); but even that
lesser requirement has come under serious scrutiny by the Superior
Court of Quebec, and the Canadian government has been given an
extension until 26 February 2021 to change this condition in the law,
before the Quebec Superior Court will hold that the present law is
unconstitutional.

The impression should not be left that the Canadian law resembles
either the law in Oregon, Washington or California, or the law just
passed by the Spanish parliament.

Assisted Dying Around the World is the topic of the January 17 meeting
of the Hemlock Society of San Diego to be held on Zoom at 1:30 PST.
Access to the Zoom link can be found at
www.hemlocksocietysandiego.org The speakers will be:

Rob Jonqui?re, MD. Executive Director, World Federation of Right to
Die Societies and a founder of NVVE, the Dutch Right to Die Society

The panel will cover laws and practices of Voluntary Euthanasia in
Belgium, the Netherlands, Luxembourg, Colombia, Canada, and now New
Zealand, Spain, and Austria. They will briefly review Assisted Dying
practices in parts of Australia, the U.S., and Switzerland, and
efforts in other countries.

The Death with Dignity National Center has published its “2020 Year in
Review,” detailing accomplishments of the aid in dying movement across
the U.S. this year.

In a piece of hopeful news, Irish legislator Gino Kennedy reports that
a group of doctors will announce their support for the assisted dying
bill which will be the subject of public hearings in the Dail (the
Irish parliament) this year.

Mr. Kenny, the bill’s lead sponsor, tweeted that “Attitudes are
changing to the issue of assisted dying.  The public are ahead of
Parliamentarians in wanting to see change in the law.  October’s vote
in the Dail to progress the DWD 20 bill was a pivotal moment that will
eventually see the law changing in Ireland and elsewhere.”

“As both active and retired registered nurses, we are among the 70% of
Massachusetts citizens — according to a recent poll by the Boston
Globe and Suffolk University — who support legalizing the option of
medical aid in dying for people who are terminally ill and mentally
capable of making their own end-of-life health-care decisions…

“Hospice and palliative care have come a long way in the past few
decades, helping the majority of people with terminal cancer, heart
disease, and other illnesses to remain as comfortable as possible in
their final stage of life.

“… in our experience, a significant number of people — along with
their loved ones and families who helplessly witness their suffering
— would have wanted the option of a self-administered peaceful,
painless death in their sleep by medication prescribed by their
doctor, and at a time of their choosing.” 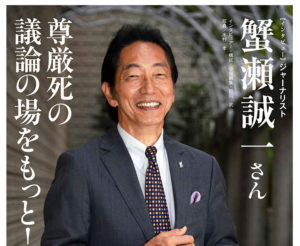 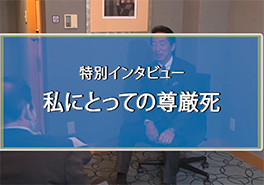