“…Spanish journalist Asun Gomez Bueno…lost her husband, Luis de
Marcos, in 2017 to multiple sclerosis, at age 50. He wanted assisted
suicide or euthanasia and she has since become a leading advocate for
the new law.

“‘The last four years of his life, (Luis) was totally paralyzed but
kept his cognitive ability intact,’ Gomez Bueno told CNN. ‘There was
no treatment to mitigate his pain. The pain was so terrible he didn’t
want to sleep at night because he knew the next day would be worse.'”

MAID legislation has passed the New Mexico House and Senate and is
expected to be enacted. The legislation expands access in several
important ways.

A summary of what the bill means:

“Canadians no longer must have a reasonably foreseeable death in order
to be eligible for medical assistance in dying;

“Canadians who have been assessed and approved for medical assistance
in dying, but risk losing capacity to consent prior to the MAID
procedure, will be able to sign a waiver of final consent;

“During the two-year mental illness exclusion, the Government of
Canada will hear from experts and develop safeguards and protocols for
people who seek access to MAID, but whose sole underlying medical
condition is a mental illness.” 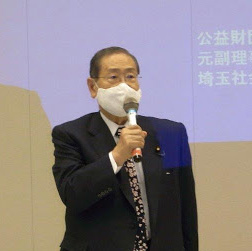