“Ruth Davidson has said she regrets her ‘mistake’ in voting against a
Bill on assisted dying, with the Scottish Conservative leader saying
it is time for the law to change…

“In 10 years of elected politics, I have made more mistakes than I can
ever hope to remember – some through overreach, some by omission,
others by nothing more than blunder.

“But the mistake that eats away, demanding redress, is voting against
assisted dying.

“Sometimes, amid complex arguments and conflicting evidence, you know
– simply know in the essence of your being – that something is plain
wrong.

“It’s time to change the law.”

[Davidson is due to step down as an MSP at the election next year and
is expected to enter the House of Lords.]

“Virginia Mason said it will remain a non-Catholic organization but
announced a few changes.

“‘Nearly all procedures historically conducted at Virginia Mason will
continue to be provided, with the exception of direct elective
pregnancy terminations and Virginia Mason’s participation in
physician-assisted death,’ a spokesperson for Virginia Mason
Franciscan Health said in an email…

“One in six U.S. hospital beds are in Catholic facilities. The figure
is 41% in Washington, according to a new report on religious-based
hospital systems to be released in September by MergerWatch.”

“Dr. Stanley Hurwick Levy, whose life was touched by a chance meeting
with Albert Einstein and who came to Detroit to practice at the
then-new Sinai Hospital in the early 1950s, died at his Bloomfield
Hills home Dec. 17, 2020, from natural causes. He was 94…

“…the main turning point in his life came during World War II. In
January 1944, he joined the U.S. Navy and was sent to the U.S. Navy’s
V-12 accelerated education program at Princeton, which had been
notoriously reluctant to admit Jewish students.

“That spring, he and a few classmates were invited to a seder where he
was seated next to Einstein. Months later, they had another
conversation on campus after Levy had spent a day taking exams. ‘He
was really interested in how I had done,’ Levy later would say.

“That led to a lifetime fascination with the great physicist and his
work. After graduating from Princeton and earning his M.D. from the
University of Pittsburgh, Dr. Levy came to Detroit to open the Atomic
(later Nuclear) Medicine unit at Sinai, one of the first of its kind.
He also became a serious book collector, and the centerpiece of his
vast personal library was a collection of works by and about
Einstein…

“…Dr. Levy also became briefly famous in the 1990s, when he emerged
as a close friend and strong supporter of another of his patients —
Dr. Jack Kevorkian, who fought to make physician-assisted suicide
acceptable. Dr. Levy helped organize a group called Physicians for
Mercy, and appeared in a number of documentaries about Kevorkian, who
later went to prison and died in 2011…”

“In lieu of services or flowers, random acts of kindness would be the
best way to remember Sandy.” 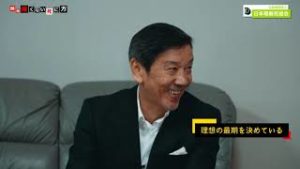